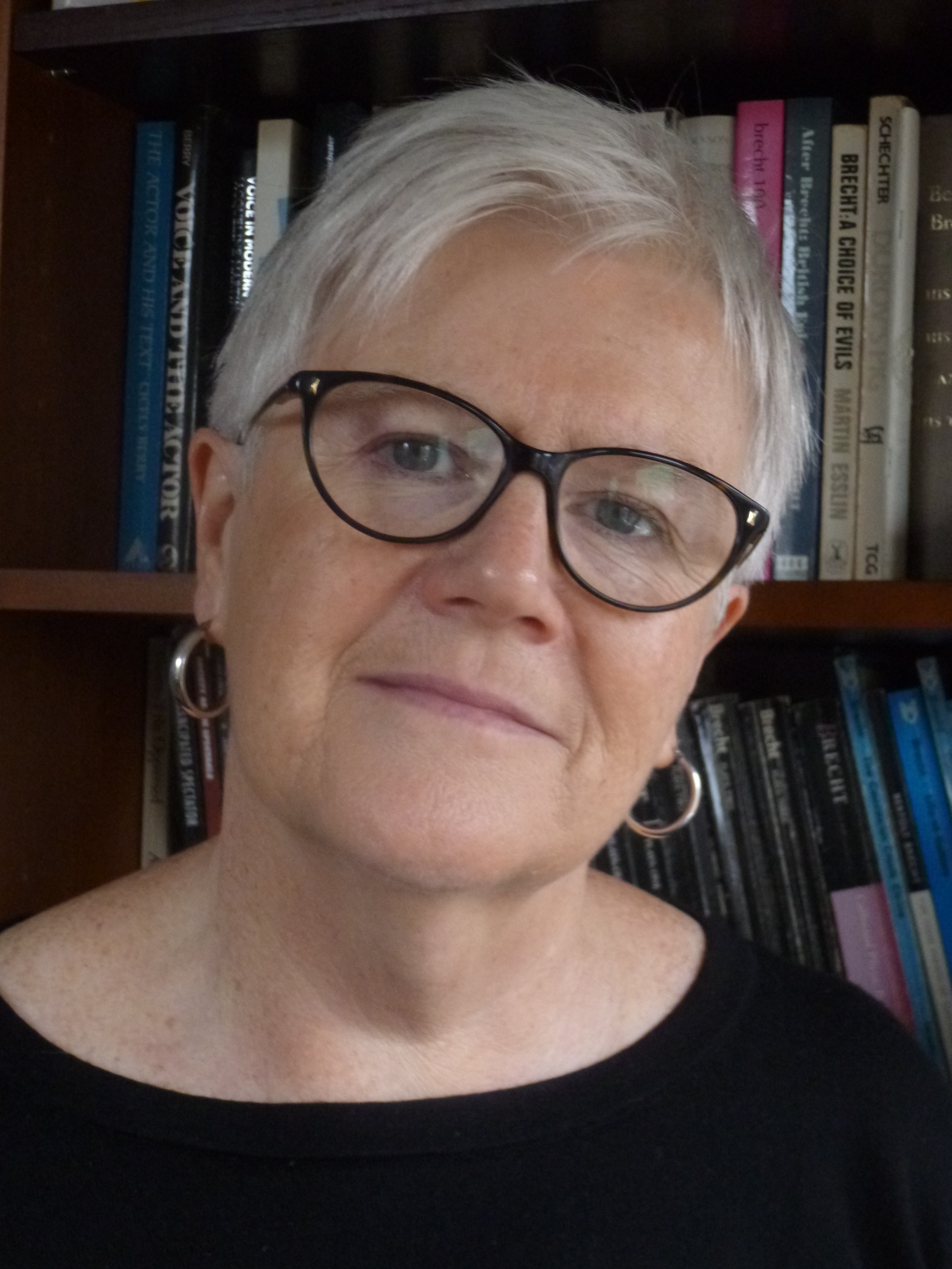 She teaches on the MA Dramatherapy at the University of Roehampton, Department of Psychology.

She has a background in professional theatre where she was involved in more than thirty shows as an actor or director. She appeared in the 1984 BBC BAFTA award winning film Threads. In Theatre in Education and Community Theatre, her work has encompassed projects with people of all ages and abilities. She has worked in a wide range of settings with musicians and documentary theatre makers and has facilitated workshops and training for fellow professionals on working in community settings.

As theatre practitioner she is trained in two physical theatre forms:

Commedia Dell'Arte in the UK (with Michael chase) France (with John Rudlin) Italy (with Antonio Fava, 2011)

As a theatre scholar she has worked in the Drama departments of the Universities of Manchester, (including five practical research projects working with classical dramatic texts), Birmingham (Teaching fellow in Drama 2009-10) Hull, Huddersfield, Sheffield.

As a Dramatherapist and Clinical supervisor she has worked in the NHS, Voluntary and private sectors with a range of clients and issues. She has a particular interest and personal experience of working with adoption and attachments issues.

In the UK and internationally she has contributed to conferences and training programmes and delivered lectures, papers, workshops and masterclasses in many countries including the US, Russia, Italy, Greece, France, Poland, Croatia.

She has advised on curriculum development, training programmes and a range of artistic and therapeutic projects examples include:

The Dialectic in Motion- a reflective tool for arts therapists'

Supervision in Psychotherapies through Arts

Dramatherapy : the journal of the Association for Dramatherapists (Journal)