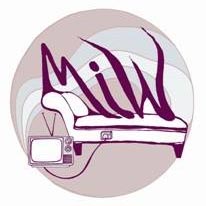 Caroline Bainbridge is Professor of Psychoanalysis and Culture in the Department of Media, Culture and Language, where she is a member of the programme team for taught degrees in Media, Culture and Identity, and she also supervises a number of research students.

Caroline is Director of the Media and the Inner World research network which she organises with Candida Yates of Bournemouth University and which was generously funded by the Arts and Humanities Research Council between 2009-13. She has a number of editorial responsibilities, currently working as the Film Section Editor for the International Journal of Psychoanalysis, and as Editor of Free Associations between 2010-2017. She is also a Series Editor (with Candida Yates) of the 'Psychoanalysis and Popular Culture' book list published by Routledge.

Her research interests are in cinema, television,  gender, psychoanalysis, visual culture, the politics of identity, and the emotional turn in popular culture. Caroline welcomes proposals for research at both the MPhil and PhD levels.

2015 Fellowship of the College of the International Journal of Psychoanalysis.

PhD Supervised to Completion and Award

Member of the Media, Communications and Cultural Studies Association (MeCCSA)

Member of the Feminist and Women's Studies Association

Fellow of the Royal Society of Arts (since May 2018)

Founding Scholar of the British Psychoanalytic Council (since Feb 2019)

Psychoanalysis and the media

Psychoanalytic approaches to media and organisations

The pleasures of DVD consumption

The cinema of Lars von Trier

The philosophy of Luce Irigaray

Psychoanalytic approaches to media and culture

(2013) External Examiner, PhD: 'A pilgrimage into the liminal: an experiential enquiry into an embodied space of grief and its representation in film', University of the Creative Arts, Farnham.

Growing up girl in the ‘hood: Vulnerability, violence and the girl-gang state of mind in Bande de Filles/Girlhood (Sciamma, France, 2014)

On the experience of a melancholic gaze

Sharon Horgan, postfeminism, and the transatlantic psycho-politics of “woemantic” comedy

Television as psychical object: Mad Men and the value of psychoanalysis for television scholarship

External Examiner, PhD: "The British trauma film: Psychoanalysis and popular British cinema in the aftermath of the Second World War"

Screening Race: Girlhood and the girl-gang state of mind

Why are so many celebrities dying in 2016?

Abject Spectacles : A Study of the Postfeminist Dandy in Contemporary Popular Music

Counselling psychologists’ use of self in the therapeutic relationship: the role of narcissism

How To Look Good Naked ‘On the couch’: Psychoanalytic approaches to British makeover television and gender’