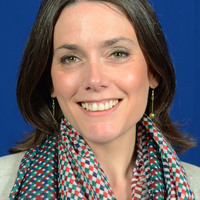 I am a classicist especially interested in the study of ancient Greek gender, sexuality, religion and mythology. I have an ever-growing interest in autism and classical mythology and am currently developing a set of activites around the figure of Hercules for autistic children.

I was promoted to a Personal Chair in 2018 and became Professor of Classics. Before that I was a Principal Lecturer (promoted 2011), Senior Lecturer (promoted 2007) and Lecturer (appointed 2005). In 2010/11 I was Käthe-Leichter-Gastprofessorin für Frauen- und Geschlechterforschung at the University of Vienna. Before coming to Roehampton, I taught at the Universities of Wales, Keele, Leeds and Manchester. I am also a National Teaching Fellow and a Principal Fellow of the Higher Education Academy.

During the next 5 years I shall be working on autism and classical myth as part of the Warsaw-based ERC-funded project Our Mythical Childhood... The Reception of Classical Antiquity in Children’s and Young Adults’ Culture in Response to Regional and Global Challenges.

Other current projects include: a book using Athena to frame a study of various paradigms for the study of Greek myth (A Traitor to her sex? Athena the trickster, contracted to Oxford University Press) and a textbook on classical mythology (contracted to Routledge). I am the Series Editor of Gods and Heroes of the Ancient World and author of Athena for this series. I am currently planning events to mark the 20th anniversary of Rape in Antiquity which I co-edited with Karen Pierce in 1997.

I am the author of a guide to embedding equality and diversity for classics practitioners, published in May 2015 by HEA Scotland.

I am the editor of the Bulletin of the Council for University Classics Departments, the forum for raising, reflecting on and debating issues of academic and professional significance for all UK classics teachers

I am an active blogger. I am currently developing a 'general' site: http://end-of-classics.weebly.com/ I've blogged on autism and classical mythology since 2009 and after that developed who 'owns' classical mythology and http://athenatrickster.blogspot.co.uk/

Stimulated in large part by a Choice of Hercules chimneypiece at Roehampton, I am tentatively making forays into Georgian classical receptions. When Classics Confidential came to the University, they interviewed me about this interest here.

I currently supervise the following PhD students (topics are in summary form):

I am happy to supervise further PhD projects on aspects of ancient Greek culture and its postclassical reception, especially in the areas of religion, mythology, disability, gender and violence. I am particularly keen to work with doctoral students on projects relating to sexual or gender violence, and on projects addressing the question that Simonides thought he would be able to answer within a day: 'what is a god?'.

Papers/lectures delivered in recent years include (more to be added soon!):

May 2014, Gdansk: "Impiety, xoana and the hubris of Oilean Ajax ", The Religious Aspects of War

March 2015, Leuven: "Evolutionary psychology, the classics and the study of rape, Psychology and the Classics: A Dialogue of Disciplines https://www.arts.kuleuven.be/conference/psycl

June 2013, Leeds: "Virtue and Vice in the Adam Room, Grove House", Hercules: A Hero for All Ages

February 2014, Cambridge: "'Nothing like Roehampton...': Hercules and the Englishing of Greek myth"

April 2013, Reading: "How to teach sensitive subjects in the classical classroom", with Fiona McHardy, Panel: teaching classics, Classical Association conference (go to p. 13 of abstracts). An updated version of this paper was delivered the 2013 HEA Teaching History conference.

April 2013, Roehampton: "Feedforward to enhance teaching, assessment and learning in Humanities or 'how does this postmodernist rubbish apply to my topic'?" - workshop led with Krisztina Robert, University of Roehampton Learning and Teaching Conference. A recast version of this workshop was delivered in Sept. 2013 at the HEA Teaching History conference (see above).

Representative activities over the past few years include the organisation of HEA-funded workshops on inclusivity and diversity (with Fiona McHardy) and neoclassicism (with Alannah Tomkins). With Esther Eidinow and Jason Davies, I launched TLAR: a Teaching and Learning Ancient Religion Network. I have worked for the HEA on various aspects of classical pedagogy including most recently to produce an equality and diversity toolkit for classics practitioners. I created the poster "It's all Greek to me: why every Jack needs a Giant" for last year's HEA Humanities conference on Monstrous Pedagogies.

I am currently approaching the final stages of A traitor to her sex? Athena the Trickster . This book is about Athena as she was constructed by the Greeks. But it is more than this. I am using the 'vehicle' of Athena to appraise scholarship on Greek religion and mythology from the emergence of ancient religion as a subject for academic research through the -isms that constitute a trend in the history of scholarship e.g. historicism, functionalism, structuralism, feminism, comparatism. This broad focus makes it effectively a book about numerous of the 'greats' of scholarship some of whom have given Athena a significance approaching the paradigmatic: e.g. Bachofen, Harrison, Freud, KerÃ©nyi, Burkert, Vernant, Detienne, Irigaray, Loraux.

The table of contents is included here to give a flavour of my approach:
Chapter 1 Introduction
SOMETHING ELSE
Chapter 2 The turning point: Athena and the functionalist paradigm
Chapter 3 Challenging the tyranny
Chapter 4 Something else
THE AGE OF ATHENA
Chapter 5 The trickster
Chapter 6 Was Athena black?
BODY LANGUAGE
Chapter 7 Performing gender
Chapter 8 'Everything is changed and yet the same': Athena's eyes
KILLING PALLAS
Chapter 9 Childhood
Chapter 10 Athena's other name
Chapter 11 Parricidal Athena
DEAR MEN
Chapter 12 The donor
Chapter 13 The helper maid
Chapter 14 Odysseus and his devotees
GOOD MYTHS
Chapter 15 Herakles
Chapter 16 Erichthonios

I am the Series Editor of Routledge's Gods and Heroes of the Ancient World, which was descried in May 2008 as 'uniformly excellent' by Robert Segal in Times Higher Education. My own book (Athena) was published in 2008. Recent publications include Aphrodite (Monica Cyrino) and Herakles (Emma Stafford).

Mythology and autism. This 'blue-skies' research, still at the planning stage, is envisaged as a collaborative project to research the educational benefits of teaching mythology to children within the autism spectrum.

I am currently undertaking co-authored research with Fiona McHardy (Roehampton) that will extend previous work by both of us on crime, rape and violence via an evolutionary biological approach to sexual violence. It will contribute to current debates in historical studies on violence as culturally conditioned vs biologically determined. Amongst the innovative aspects of this research are its examination of the applicability to classical scholarship of the work of Margo Wilson and Martin Daly.

I have played an active part in conference organisation including Violence and Power: An International Symposium on Rape in Antiquity (with K. Pierce, Cardiff 1994) and Athena in the Classical World (with A. Villing, Oxford 1998), which resulted in the volumes Rape in Antiquity (1997, 2001) and Athena in the Classical World (2000). Among the events I have organised at Roehampton are Gender and the Sacred in Cross-Cultural Perspective, held in 2008, which drew together scholars working in classics as well as other disciplines including religious studies, history of sexuality, and anthropology.

I served on the Hellenic Society Council 2000-3 and 2006-9. I was on the editorial board of Classical Association News, and served on Classical Association Council 2004-9. I have been actively involved with local CA branches, including North Staffs, for whom I served as Secretary 2000-3 and now Roehampton and SW London. I am currently a member of the Standing Committee of the Council for University Classics Departments and edit its Bulletin. I have engaged in consultancy work for the Higher Education Academy as an Academic Associate. I am a founder member of the Women's Classical Committee UK and was elected to Steering Committee in 2017.

'Supporting the work of the History Discipline Lead', June-July 2012. Report and Strategic Plan for Classics (Sept 2012).

Evaluations for modules that I teach include comments such as 'enthusiastic teacher'; 'well organised lectures'; 'engaging lectures full of relevance'; 'I loved it; had a fantastic time and would warmly recommend and without reservation; Susan's enthusiasm is infectious'. The Department of Humanities website includes a video of myself and students in class and talking about Classical Civilisation at Roehampton.

Along with my Classical Civilisation programme colleagues I became a Roehampton Teaching Fellow in 2008 'in recognition of excellence in learning and teaching'.

"From the shadows": Goddess, monster and girl power in Richard Woff’s Bright-Eyed Athena in the Stories of Ancient Greece

Why Does Zeus Rape? An Evolutionary Psychological Perspective

How to Teach Sensitive Subjects in the Classics Classroom

”We call her Pallas you know”: naming, taking and the construction of Athena in Greek culture and thought

Ajax, Cassandra and Athena: Retaliatory Warfare and Gender Violence at the Sack of Troy

Animal metaphors and the depiction of female avengers in Attic tragedy