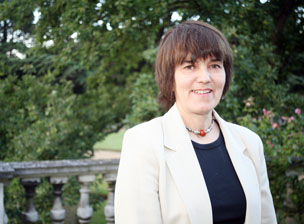 Formerly Head of the Department of Dance (1992-2000) and Director of the Centre for Dance Research, Stephanie Jordan is currently Research Professor in Dance.

With a background as dancer, musician and dance critic, her academic career led her to publish and present at conferences internationally and, during the last fifteen years, she has toured widely to Australia, South Africa, Japan, Korea, Hong Kong, Russia, North America, and throughout Europe. Stephanie has written four books: Striding Out: Aspects of Contemporary and New Dance in Britain (1992), Moving Music: Dialogues with Music in Twentieth-Century Ballet (2000, Stravinsky Dances: Re-Visions across a Century (2007), and Mark Morris: Musician-Choreographer (2015, with illustrative clips on the Mark Morris Dance Group website), all published by Dance Books.

For Moving Music, she was awarded the 2001 Special Citation of the Dance Perspectives Foundation, New York, the major annual dance book award. In 2010, Stephanie was honoured with the award for Outstanding Scholarly Research in Dance from the Congress on Research in Dance (CORD, USA). In the last three UK university research assessments (RAE/REF), her field of Music and Dance was specially commended as 5* equivalent (2001) or world-leading (2008 and 2014).

Stephanie's work on Stravinsky and dance began when she was commissioned by the George Balanchine Foundation, New York as project director for the analytical video Music Dances: Balanchine Choreographs Stravinsky (2002), working with dancers from New York City Ballet. Later, she compiled with Larraine Nicholas the database Stravinsky the Global Dancer: A Chronology of Choreography to the Music of Igor Stravinsky (2003). This was the foundation for Stravinsky Dances, which encompasses contemporary dance and radical, conceptual work of the twenty-first century as well as ballet.

For her work in music and dance, Stephanie has received grants from the Radcliffe Trust, British Academy, the Paul Sacher Stiftung in Basel, Switzerland (for work in its Stravinsky archive), and Harvard University's John M. Ward Fellowship in Dance and Music for the Theatre (2001-2002). Grants from the Arts and Humanities Research Board/Council have supported the Stravinsky database and a second analytical DVD/video in collaboration with Geraldine Morris and The Royal Ballet entitled Ashton to Stravinsky (2004). Stephanie's most recent grants have been a Leverhulme Research Fellowship and British Academy/Leverhulme Small Grant to support research for her 2015 book on Mark Morris.

For the Royal Opera House's 2004/5 season, Stephanie curated 'The Ashton Exchange', the first academic series in dance to be held there. Since 2007, she has written programme notes regularly for The Royal Ballet. In 2014, she was Visiting Scholar at San Francisco Ballet and in 2015, the Robert M Trotter Visiting Distinguished Professor, University of Oregon School of Music and Dance.

Stephanie's main teaching at Roehampton lies in the area of research student supervision, but she also contributes to analysis studies within the MA dance programmes, including the course Music and Dance. A variety of committee and consultancy work has included the following: membership of the Arts Council Dance Panel, the judging panel for the Prudential Awards for the Arts, the Arts and Humanities Research Board Postgraduate Panel and Strategic Reviewers' Group, RAE/REF panels in 2001, 2008 and 2014, and editorial boards of Studies in Dance History and Dance Research; speaker/mentor for composer/choreographer workshops Estancias Coreograficas 2017/18, Oviedo, Spain.

Stephanie has also contributed as a speaker and consultant to numerous television and radio programmes, for instance: the 2002 BBC documentary on The Rite of Spring and broadcast of the Royal Ballet in Firebird and Les noces and, as presenter and research contributor, the BBC Radio 3 programme on The Rite of Spring (2013) and Radio 4 programme on Mark Morris (2014); Sky Arts South Bank Show Originals, on Morris (2018).

Stephanie’s current research project re-visions Chopin as a dance composer, in particular, examining the working processes of Richard Alston and company, the ballets of Jerome Robbins, and multiple musical re-readings of Les Sylphides.

Atomos EChOs and the Process-ing of Dances

Choreographers and Musicians in Collaboration, from the Twentieth to the Twenty-First Century

The Rite of Spring as a Dance: Recent Re-visions

The Dancer's Contribution: Performing Plotless Choreography in the Leotard Ballets of George Balanchine and William Forsythe