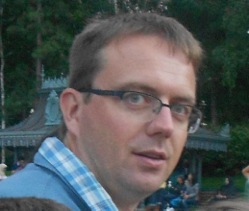 Stephen has received research funding from a range of external organisations including the European Commission (to investigate the impact of East-West migration following EU enlargement), the Joseph Rowntree Foundatiaon (to examine the performance of ethnic minorities in the UK labour market), the Welsh Government (to analyse subjective wellbeing as well as various projects on labour market outcomes), NORFACE (to examine migration strategies of recent Polish migrants to the UK) and the ESRC (for a socio-economic analysis of recent Polish migration to the UK, to assess widening access policies on HE participation in Wales and is currently a co-investigator on two work packages on the WISERD Civil Society project: £6.2 million funding from 2014 to 2019).

Projects include Entrepreneurship amongst Ethnic and Immigrant Groups in the UK (Organisation for Economic Co-operation and Development), the Impact of Immigration on Host Economies (Government Office for Science), an Evaluation of the Census Programme (ESRC) and Welfare Participation Amongst Immigrants in the UK and Assessing the Migration Potential from Eastern PArtnership Countries to the UK (European Commission/IZA).

Business Organisations and Environments in a Global Context

Barriers to Enterprise Development in the Caribbean

The effect of schools on school leavers' university participation

External Examiner for a PhD at Coventry University

Migration, Austerity and Brexit: A Regional Analysis of Hate Crimes in England and Wales

External Examiner for a DBA at Nottingham Trent University

External Examiner for a PhD at Swansea University

Migration and Integration into the UK Labour Market

Would a cut in the number of low skilled EU migrants hurt the UK economy?